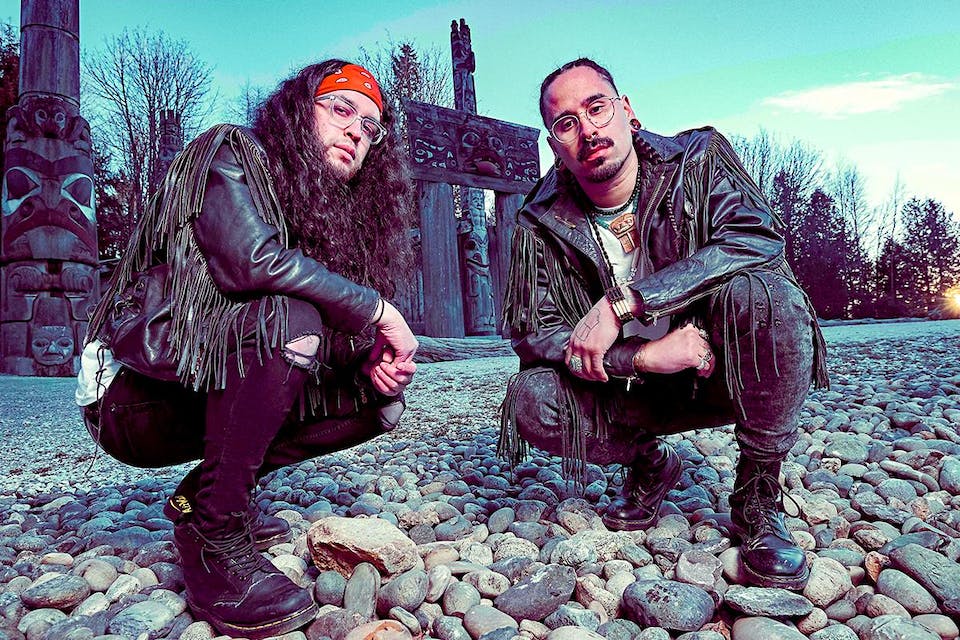 Missed out of tickets?

As two friends that grew up close to one another in Kitimat, BC, Yung Trybez and Young D, naturally connected through their love of music, wrestling and pop culture. Growing up on the ‘Rez’, close to a predominantly white town, the two faced similar challenges, but ultimately found refuge in Hip-hop and inspiration in each other’s talents. Snotty Nose Rez Kids (SNRK) was born in 2016, forged from a life-long friendship between two emcees that used music to create, connect with their culture and language, and as an outlet to express themselves. SNRK released two albums in 2017, the first a self-titled project, and the second, The Average Savage, just nine months later. Both solid projects by a new group, The Average Savage gained unlikely notoriety for a small release. The Average Savage resulted in SNRK winning Best Hip Hop Act at the Western Canadian Music Awards (WCMA), landed them on the coveted Polaris Prize Top-ten Shortlist, and received a nomination for Best Indigenous Music Album from the Juno’s. Rising popularity prepared them for their strongest release in 2019, TRAPLINE, which centered their nation, The Haisla Nation, Haisla teachings, the matriarchs in their lives, and created a bridge to other marginalized experiences, tapping The Sorority, Cartel Madras, Brevner, Boslen, and Kimmortal all for features. TRAPLINE has been streamed over 3million times, it’s music videos, viewed over 800,000 times, and it’s constant radio play kept it on the Earshot Top 10 Hip-Hop charts for over 20 weeks. The album was shortlisted for the Polaris Prize, making SNRK one of only 3 artists to ever be shortlisted in back-to-back years. Amidst it’s success, the duo was recognized as Breakout Artist of 2019 at the WCMA’s. Having spent over two years perfecting their live show, SNRK embarked on an ambitions tour in 2019 with over 80 dates across Canada, Australia, Mexico, US, UK and Netherlands. Their Canadian headline tour was a success selling out across the country, and they were headliner or surprise hit of multiple festivals, sharing stages with Method Man & Red Man, Ice Cube, and Cypress Hill. Best described as thought-provoking club bangers, SNRK’s live performance has unparalleled energy and audiences will dance and sweat, but they’ll leave with new knowledge. Preparing for 2020, SNRK are back in the studio writing new music, working on new collaborations with artists in multiple genres, and further developing their craft. They are looking forward to taking their artistry to new heights and into new parts of the world this year.