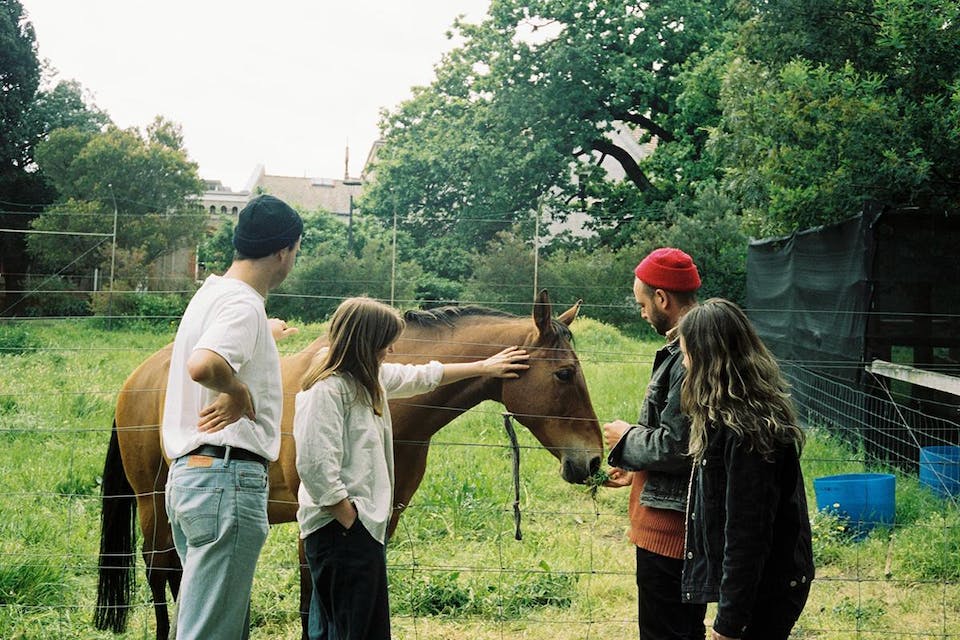 Quivers make cathartic lyric-driven guitar pop with four distinct male and female voices. It is music for road-tripping with your ghosts and the ghosts of 1980s and 1990s college radio.

Started by Sam Nicholson in Hobart, Tasmania, to keep writing after losing his brother in a free-diving acciden, the now Melbourne band has since toured Australia, NZ, Canada and the USA for SXSW '19 where they filmed a session for KEXP Radio. NPR’s All Songs Considered described their jangle-damaged debut We'll Go Riding on the Hearses (Hotel Motel Records) as “a celebration of spirit” and later single You’re Not Always On My Mind became KEXP's Morning Show's most played song of 2019. It is now on a limited release 7" on bandcamp. The 2020 vision for Quivers is a return to SXSW and a 15+ show US tour before releasing 2 new albums - their sophomore LP and also a covers album of REM's Out of Time for Turntable Kitchen in Seattle. Live, Quivers are a band that go down the rabbit-holes of a more improvised jangle pop, and you never know where you'll come up for air and a shouted chorus.