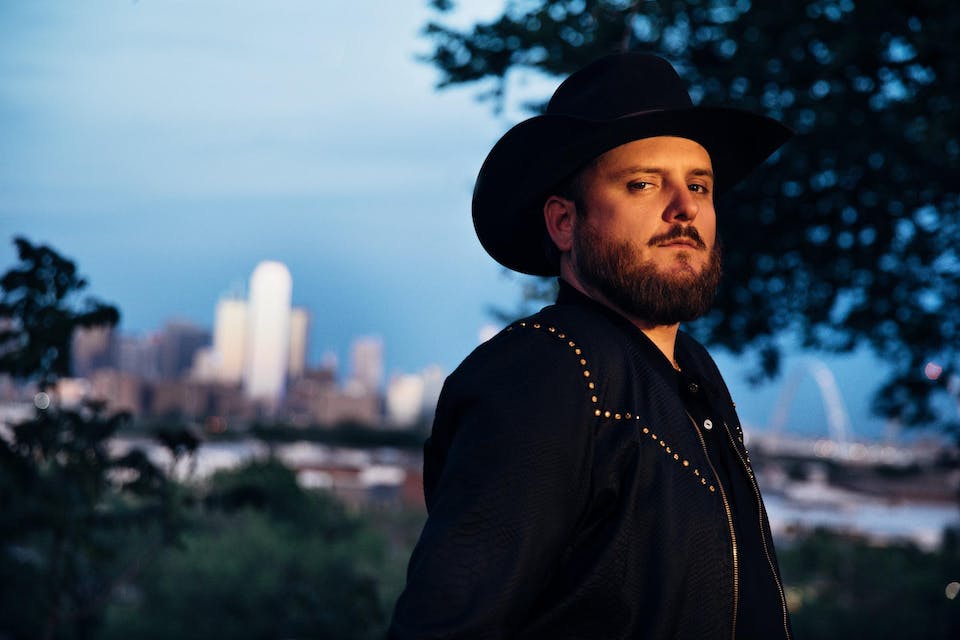 “Finishing this record was one of the craziest experiences I’ve ever been a part of,” reflects Cauthen, the larger-than-life Texas troubadour nicknamed Big Velvet for his impossibly smooth, baritone voice. “I’m honestly glad it’s done because I don’t think I’d survive if I had to do it all over again. No way.”

Written during a roughly two-year stint spent living out of a suitcase in Dallas’ Belmont Hotel, Room 41 chronicles Cauthen’s white-knuckle journey to the brink and back, a harrowing experience that landed him in and out of the hospital as he careened between ecstasy and misery more times than he could count. Cauthen has long been a pusher of boundaries (musical and otherwise), and Room 41 is no exception, with electrifying performances that blend old-school country and gritty soul with 70’s funk and stirring gospel. His lyrics take on biblical proportions as they tackle lust and envy, pride and despair, destruction and redemption, but these songs are no parables.

Cauthen lived every single line of this record, and he’s survived to tell the tale.

“I’ve always been the kind of artist that can’t write something unless I feel it and I mean it.” says Cauthen,

“This record is as real as it gets for me. I am these songs.”

Cauthen first earned his reputation as a fire-breathing truth-teller with the acclaimed roots rock band Sons of Fathers, but it wasn’t until the 2016 release of his solo debut, My Gospel, that he truly tapped into the full depth of his prodigious talents. Vice Noisey dubbed it “a somber reminder of how lucky we are to be alive,” while Texas Monthly raved that Cauthen “sound[s] like the Highwaymen all rolled into one: he’s got Willie’s phrasing, Johnny’s haggard quiver, Kristofferson’s knack for storytelling, and Waylon’s baritone.” The album landed on a slew of Best Of lists at the year’s end and earned festival appearances from Austin City Limits and Pickathon to Stagecoach and Tumbleweed along with dates opening for Elle King, Margo Price, Midland, Cody Jinks, Social Distortion and more. He followed it up two years later with Have Mercy, an album that prompted Rolling Stone to dub him “one of the most fascinating, and eccentric, new voices in country music” and NPR’s Ann Powers to proclaim 2019 as “the year of Paul Cauthen.”

As his professional life reached new heights, though, Cauthen’s personal life hit new lows, and he soon found himself drifting without a home. Checked in to room 41 at the Belmont, he began escalating his self- destructive tendencies, medicating heartbreak and anxiety with alcohol and drugs as he ground himself into oblivion.

“I’d drink like a fish all night and stay up writing or recording from about 4am until noon,” Cauthen explains. “Then I’d sleep away the rest of the day until it was time to start over again. The only thing that kept me ticking was the songs.”

Cauthen’s routine may have left him with plenty to write about, but it was taking a heavy toll on both his physical and mental health.

“The whole ‘ripping your heart of our chest and pouring it into your art’ thing might be good for songwriting for a little while,” says Cauthen, “but I wouldn’t wish it on anybody. I worked myself up into such a frenzy that I couldn’t keep going on without getting some real medical help.”

Cauthen credits his survival in no small part to his collaborators on the album, a wide range of writers, musicians, and producers who rallied around him and believed in his work enough to help him see it through. The production credits alone read like a who’s who of modern Texas music, including Niles City Sound (Leon Bridges, Nicole Atkins), Matt Pence (Jason Isbell, Nikki Lane), and Beau Bedford and Jason Burt, Cauthen’s longtime creative foils at Dallas’ Modern Electric studio.

“Modern Electric is always going to be my home,” says Cauthen, “but after we started working on this album there, I felt like I hit a wall and needed a change of scenery, so I brought the band with me over to Fort Worth to work with Austin Jenkins and Josh Block and Chris Vivion at Niles City. Nobody had brought the Dallas sound to Fort Worth like that before, and it turned out to be a recipe for something really special.”

The mix of producers and recording environments helped Cauthen walk the line between retro and modern, with bold, adventurous arrangements informed by country tradition but completely untethered from its strictures. The introduction of album opener “Holy Ghost Fire” sounds more like Gnarls Barkley than Merle Haggard, and the ultra-funky “Cocaine Country Dancing” flirts with Prince, but the arrival of Cauthen’s unmistakable voice gives each song a singular life of its own. As with much of the album, tracks like “Holy Ghost Fire” and the “Cocaine Country Dancing” find themselves taking good hard looks in the mirror, and while they’re not exactly thrilled with what they see, the experiences are ultimately cathartic ones. The sweeping “Prayed For Rain,” for instance, serves as a reminder to be selfless in the face of our more egotistical instincts, while the heartrending “Slow Down” is a plea to treat ourselves with patience and kindness, and the R&B-influenced “Freak” recognizes that, deep down, we all want and deserve the same things out of life.

“I wrote that song about my experience in the Smith County Jail,” says Cauthen. “I met a lot of crazy characters there, but everybody in this world deserves a chance. At the end of the day, we’re all freaks, and we all just want to love and be loved.”

Cauthen’s never had a problem when it comes to loving those around him, but learning to love himself has been a different story altogether. He comes to terms with the person behind the persona on “Big Velvet,” grapples with his faith on the rousing “Give ‘em Peace,” and channels Roy Orbison on the gorgeous “Can’t Be Alone.”

“I started writing that song on the piano in the lobby of The Belmont at 4am,” says Cauthen. “I probably woke some guests up, but at the time, I didn’t really care. I just didn’t think I could take feeling alone like that any more.”

In the end, writing and recording Room 41 showed Cauthen that he wasn’t alone, and in that sense, maybe these songs are parables after all. As richly detailed and firmly rooted in Cauthen’s lived experiences as they are, the stories here are universal, with the kind of deeply layered meanings and insights that continue to reveal themselves slowly over time. These days, Cauthen is out of the hotel, but he still carries the lessons he learned in room 41 everywhere he goes, approaching life with a newfound gratefulness and living in the moment with an appreciation for the present that might have seemed impossible even just a year ago.

“I’m making a living with my music and paying the bills,” says Cauthen. “I’ve already made it in my eyes. I’m here. I’ve arrived.”