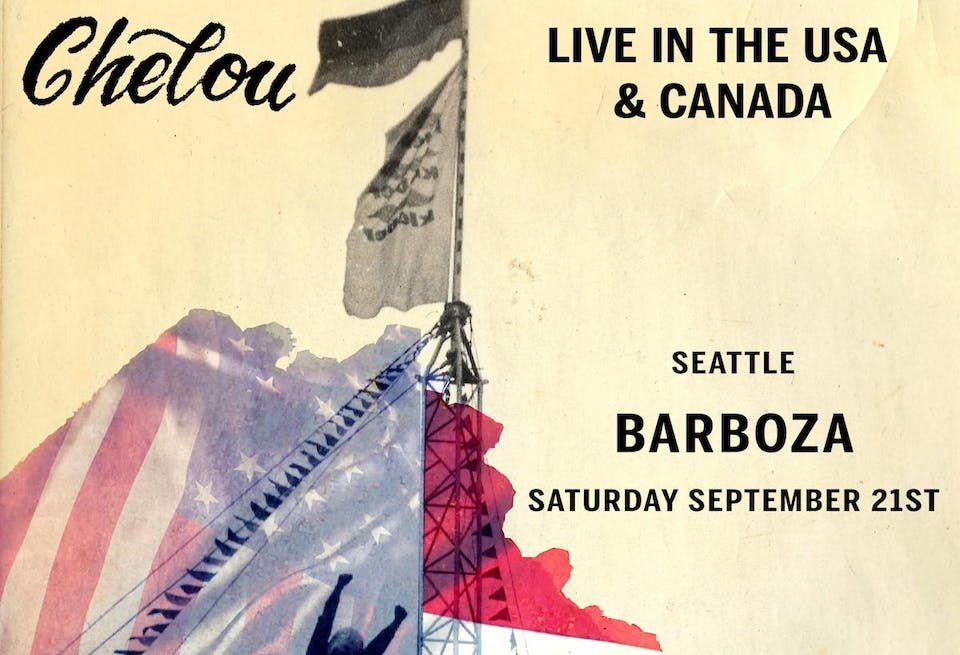 A product of the Camden-Punk Scene his parents were native to. His Mum left home at 14 to run away with the circus, her act was to be shot out of a cannon. With that spirit Chelou adopted the ethos that life was a blank canvas for ourselves to complete however and whatever we see fit; Chelou drifted to music as his medium.

Inspired by the varied music floating around his existence; Chelou taught himself to play the guitar by ear and still to this day can't read music. He also managed to complete a degree without ever owning a computer and a phone only on occasion.

Emerging in 2014 after leaking his bedroom produced track, "The Quiet", Chelou has not looked back. The track went viral amongst the bloggers and garnered strong support on BBC Radio 6 from the likes of Lauren Laverne and Tom Ravenscroft. The EP that followed saw Chelou support Thurston Moore and Natalie Prass and go on tour with All We Are and make his debut festival appearances.

Chelou followed The Quiet EP up 6 months later, releasing a cover of Nirvana’s "Aneurysm" which too went viral amongst the bloggers and his Mothership EP which was pressed to 12” vinyl. His sound also caught the ears of Maya Jane Coles who featured Chelou on her debut Nocturnal Sunshine album and began inviting him to her studio to work on material. The follow up EP was championed by both Annie Mac and Huw Stephens on BBC Radio 1, with online coverage at this point stretching from The Wall Street Journal to i-D Magazine. Single "Don’t Hate On Me" quickly followed and the success on both the internet and airwaves transcended to the road with performances supporting Bloc Party at their sold-out London dates,

The follow up to this single "Halfway To Nowhere." This track proved to be a turning point as it gathered momentum online, radio initially shunned it showing no support. The video which was a collaboration with long time friend Polly Nor was released to rapturous reception gaining coverage from Dazed

Digital to Playground to Mixmag. The video went on to reach over 5 million views on YouTube with a further 5 million streams across other streaming platforms.

Chelou released a last single "Damned Eye See" in the Autumn of 2017 before featuring on Maya Jane Coles single "Darkside" taken from her album Take Flight. 2018 saw Chelou concentrate on touring and finaliZing his debut full-length record, he featured on Pote’s track "Untune," which came out in June 2018 on Benji B’s label Deviation.