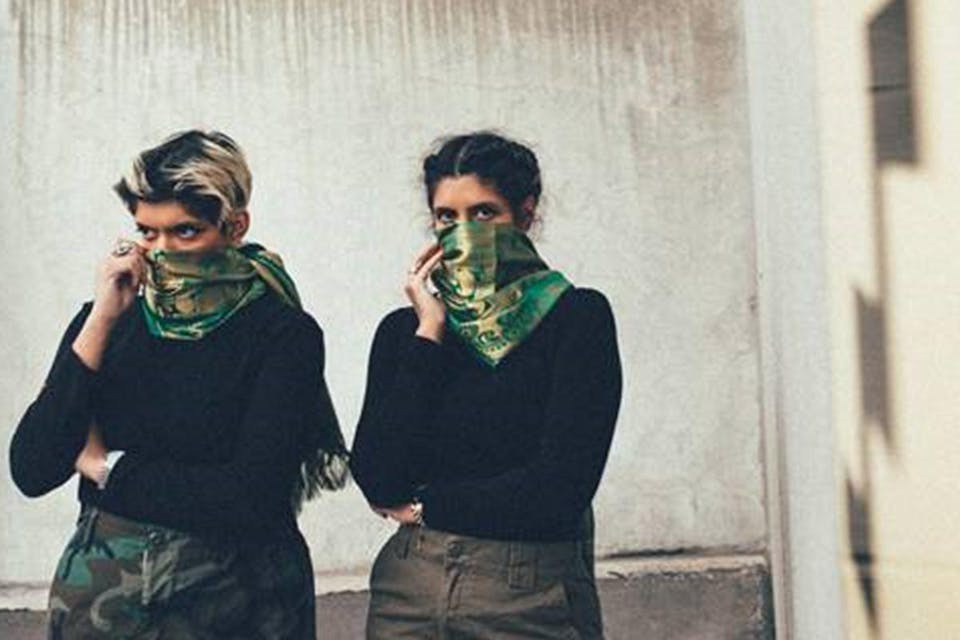 Cartel Madras is a Calgary based hip-hop duo who are spearheading a new genre of Trap music, Goonda rap. Madras born sisters Eboshi and Contra are known for their confrontational, high- energy and sexually demanding style of rap; this rising rap duo flaunts their South Indian identity with authority and expresses their gender and sexuality with a candor that is imperative to why and how Cartel Madras exists.

Sexuality (de-stigmatization thereof), racialized identity, and gender identity are a few recurring themes that listeners may encounter in the musical stylings of Cartel Madras. Though these themes are present in hip hop already, Cartel Madras seeks to subvert the normative roles which are applied to immigrant women, in this space. In its conception, the group was conceived of to unabashedly and authentically represent the under-represented. Known for their live performance style, often compared to watching and being a part of a full-blown riot, Cartel Madras delivers their music by combining elements of the underground trap, queer and punk scene. It is through word of mouth that followed their first year of performing that their rise has been so quick and their story has found its way into several media publications.

Cartel wanted their live styling to be an energy that could be conveyed in their recorded sound as well. In their debut EP, TRAPISTAN, Contra and Eboshi enter the world of Trap loud and abrasively, signaling to their growing fan base that they intend to bring something entirely new to Hip Hop. Over booming beats, the sisters rap with ease through a new genre that brings together Trap, House, and Gangster Rap with the narratives of being Tamil born, immigrant raised, and sexually awakened as woman of color and woman who are queer.